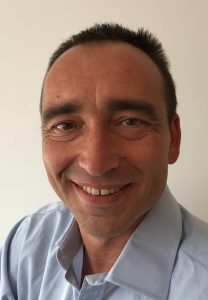 Stretching is popular among physiotherapists, athletic trainers and fitness instructors because it is believed to improve flexibility, injury prevention and promotion of healing. It may also play its role in decreasing delay-onset muscle soreness and improving movement economy. Many factors determine the stretching efficacy such as duration, age and number of repetitions. This essay will discuss the role of duration of stretch on hamstring muscle length in the normal adult population.

The hamstrings are a group of three muscles located on the posterior thigh (semimembranosus, semitendinosus and biceps femoris). The hamstrings cross two joints and act on the hip and the knee. Its predominant action is to flex the knee as well as an extension of the hip. The effectiveness of hamstrings stretches usually reported in the literature as an increase in the knee or hip joints Range of Motion (ROM).

Furthermore, most authors who studied the effect of longer than 30-second duration stretch of hamstrings had found that no increase in flexibility occurred when the duration of stretching was increased from 30 to 60 seconds (Bandy, Irion and Briggler, 1997; Decoster et al., 2005).  As for the more extended duration protocols when 30-second stretch was compared with 90 and 120 seconds, a similar result was also evident in Ford et al. (2005), demonstrating ineffectiveness of longer stretch.

In contrast, some studies have shown that stretching for a shorter duration with increased repetitions can result in similar ROM gains. The study conducted by Ayala and Andújar (2010) with 12×15, 6×30, 4×45 protocols were equally effective at increasing hamstring length. The other study by Cipriani et al. (2003) where 10-second duration stretch protocol in one leg was compared with 30-second protocol on the opposite leg of the same individual found no differences existed between two protocols. Authors concluded that ROM gains were equal, and regardless of the duration of a single stretch, the key to improvement was the total daily stretch time.

In conclusion, static stretching can be effective at increasing hamstrings length. Most of the evidence suggests that the flexibility of the hamstrings muscles for the 30-second duration of stretching may be the most effective practice. The practitioners need not perform static hamstrings stretch for more than 30 seconds when working with a normal adult population.